Hello everyone! How have the first few months of your 2019 been?! Was it as busy as mine? I apologize for being M.I.A. the last few months – we’ve had a lot happening in our lives.

What started as a bid to take a week (or two) off and do some personal development, and just generally take a break from social media, culminated in several month of inactivity on here. But I want to share what’s been happening, what I’ve discovered, and where we are now in our busy schedules.

The BIGGEST event that happened involved Boy #2 breaking his arm at the end of January. He fell off the swing and broke both bones, just behind the wrist. It was my first true “boy-mom” experience. The whole incident happened on January 28th (a Monday…. of course), and I got a phone call from the Hubby that he was taking Chase to the emergency room… and of course they were out of town visiting in-laws. I figured that one cast later, he would be home by Wednesday sporting a fashionable new accessory. Wrong. Several phone calls later, they were bringing in an orthopedic surgeon because the break, while clean, required pins. I made a last minute hustle through the house to find clothes – thankfully the other two boys were able to stay in town with my Mom – and rushed out the door. We had an overnight stay in the hospital and surgery the very next morning at 8:00 am. Chase was understandably nervous over the upcoming surgery, so it was a loooong night for both of us.  The surgeon did a wonderful job resetting the bones, and Chase did well with the anesthesia and recovery. We were released that Tuesday afternoon, but still had to wait 24 hours before being able to make the journey home. He’s now now completely healed after being placed first in a soft cast and sling for 4 weeks, followed by another 3-4 weeks in a hard cast. As of TODAY he has officially been released to resume life as a normal eight-year-old! 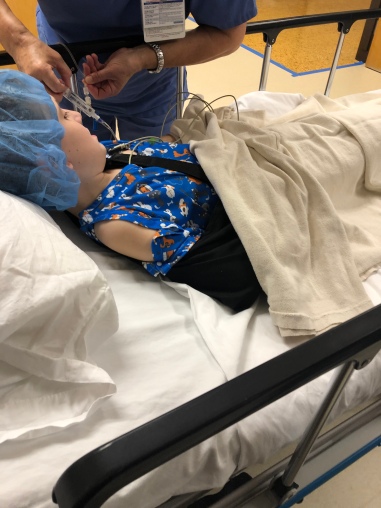 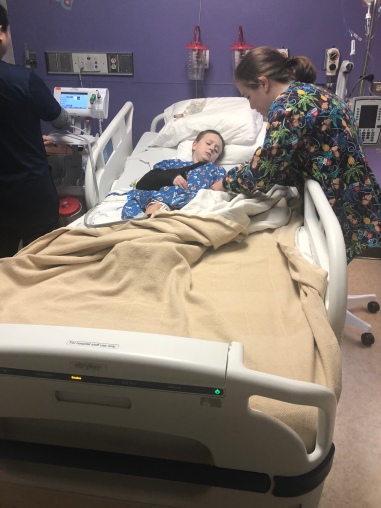 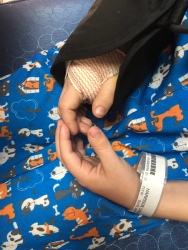 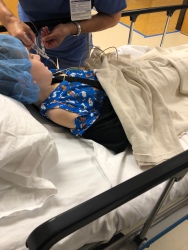 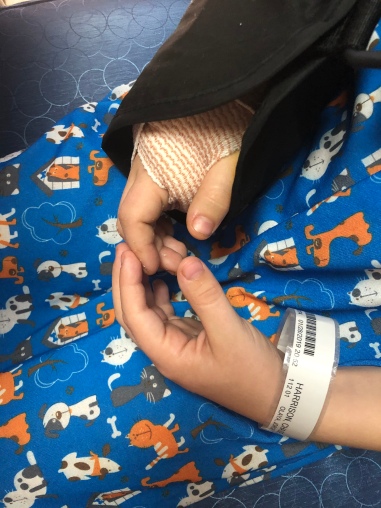 Also in January, I made a big decision to change my eating habits and start focusing on my health. This includes working out, and while I still have good and bad days when it comes to participation in some sort of activity, for the most part I’ve made some really good progress. Cutting some things out of my diet has been hard – the first two weeks were killer. I had a few mishaps and when Chase was in the hospital, it was hard to eat well because unlike most major metropolitan hospitals, this was in a small town. As such, the access to food was limited to vending machines and the cafeteria (open only until 2 in the afternoon). I had intended to post some before and after photos but I’m not sure I’m quite ready for that kind of exposure. Body confidence is one of the huge reasons I started this journey to healthy eating, but I’m still not quite there yet.

I have been trying to focus more on developing my reading habits – I have my 2019 reading list (you can access it here if you’d like to follow along) that I am slowly working my way through. Some days I can read for hours, and others it’s hard to get more than a few pages in before I have to stop for whatever reason – or before I fall asleep.

The biggest commitment I’ve made has been starting back to school – finally – and I have really been working to get through this first semester. This is probably the main reason why I’ve been paying less attention to the blog, than anything else combined. By the time I get home and exercise, cook, help kids with their schoolwork, do my own schoolwork/test/assignment submission…. I’m exhausted. Even writing it all down was exhausting! If you are interested in returning to school I HIGHLY recommend you look into the courses offered through Western Governors University (WGU). Several great programs, and all at reasonable cost for us working parents and teens.

It’s so good to be back though. I can’t wait to share all the content I’ve slowly been working on, and brainstorming through.

I am a mother of two rambunctious boys and one baby boy in-training (if you ask his brothers), and I needed a place to escape the potty jokes.... kidding!!! (or am I?) I love fitness and running. I am presently trying to get my certification as a personal trainer. Oh, AND I am addicted to Pinterest and wine. Anything else you want to know just ask! View all posts by BoysVsMom 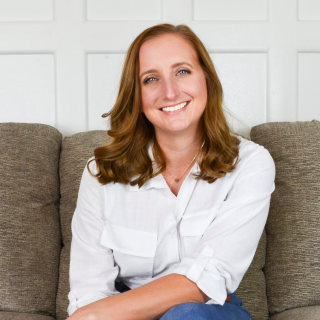 I am a mother of two rambunctious boys and one baby boy in-training (if you ask his brothers), and I needed a place to escape the potty jokes.... kidding!!! (or am I?) I love fitness and running. I am presently trying to get my certification as a personal trainer. Oh, AND I am addicted to Pinterest and wine. Anything else you want to know just ask!